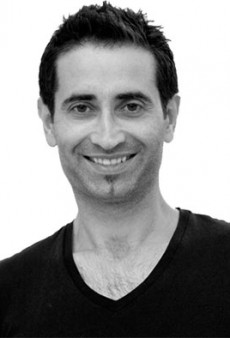 My name is Vincenzo Papasidero—an artist by trade, probably from birth, and hence, by nature. By sharing a bit about my experience and my background, I can only hope to inspire others. I began my career in hairstyling at the incredibly young age of eleven years old. While in my teens, I moved away from my family to live on my own, and it was then that I took up residence in one of the most beautiful places in Italy—Sanremo—the Italian Riviera.

It was there that I flourished and began to discover life lessons as a young hairdresser trying to survive independently, stay off the streets, and achieve my greatest potential. In Sanremo, along with my best friend, Angelo Seminara, I remained calm, spiritual, ever-trusting of life, and found my calling (the art of cutting hair was already inside me).

Luck led me to meet one of the most talented hairdressers in town, Fenicia. Being well-respected in her field, Fenicia was in charge of styling all the famous artists’ hair living in the Sanremo music scene, the equivalent of “Hollywood”. She was a pioneer and colleague of John Sahag (New York City) in the technique of cutting hair dry. My relationship with her proved to be fateful, as she not only mentored my career to a higher level, but also provided me with the guidance that only a mother could give her budding “son”.

The experience was invaluable, as was the fun. Eventually, I landed with Angelo in Rome at the Selvaggio Toni&Guy Salon—the epicenter of the best hairdressing talent at the time. People we worked with have since moved on to found and/or become executives at companies such as Aveda and Vidal Sassoon. Angelo has also now become world-renown as an award-winning hairdresser in London. I have traveled the world and lived in five countries—Italy, France, Germany, Spain, and now, the United States. In all of these places, I worked with countless creative people ranging from photographers, designers, film directors, actors, singers, models, and other beautiful people from the fashion industry. To summarize my passion and life so far—I would say that I have evolved and now thrive happily within the creative world, helping to enrich my clients’ lives by bringing out each person’s natural beauty from within.